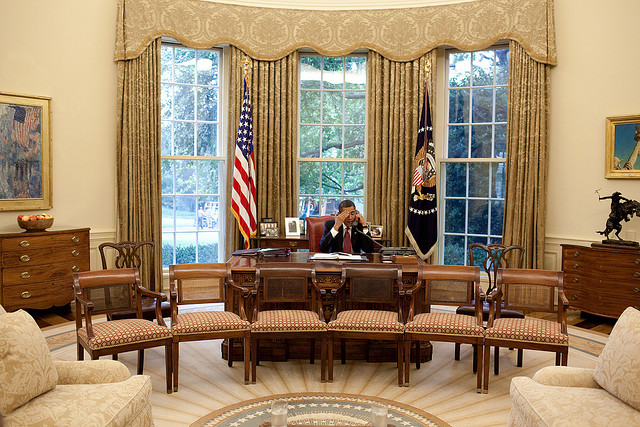 This image is in the public domain and was taken by White House photographer Pete Souza.

The Executive Branch of the United States Government includes the agencies and departments that take direction from the President, who is the administrative head of the executive branch. Through regulations, the Executive branch enforces laws. Laws are created by the Legislative branch in Congress and are interpreted by the Judicial branch through the Courts.