In February 1942, President Roosevelt signed E.O. 9066, mandating 120,000 Japanese-Americans to be imprisoned in camps during WWII. Decades later, in 1988, the order was deemed unconstitutional and belatedly, but dramatically, reversed.

A More Perfect Union is an interactive site from the Smithsonian Institute exploring the memories of Japanese Americans held in internment camps. 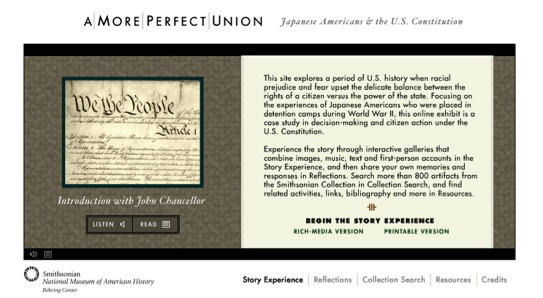 Friends of Minidoka "engages in and supports education, research and historic preservation of the WWII incarceration experience." 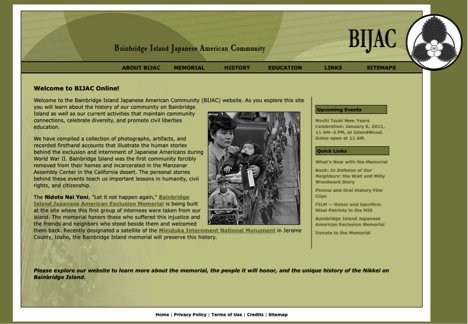 "The role of the Tule Lake Committee (TLC) is to: (i) to educate the general public of the government's forced and unconstitutional imprisonment of over 120,000 men, women and children of Japanese ancestry into ten concentration camps; (ii) to recognize the unique role of the Tule Lake camp, which was converted into a segregation center to incarcerate those from all of the camps who resisted their imprisonment and were deemed disloyal; and (iii) to preserve the history and experiences of the inmates of the Tule Lake Segregation Center and their struggles to cope with an unjust imprisonment and harsh conditions of the Segregation Center and their rejection by their own government." 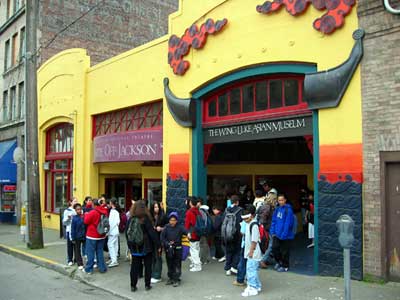 "Tsuru for Solidarity is a nonviolent, direct action project of Japanese American social justice advocates working to end detention sites and support front-line immigrant and refugee communities that are being targeted by racist, inhumane immigration policies."